5 Most Addictive Drugs and When to Get Help 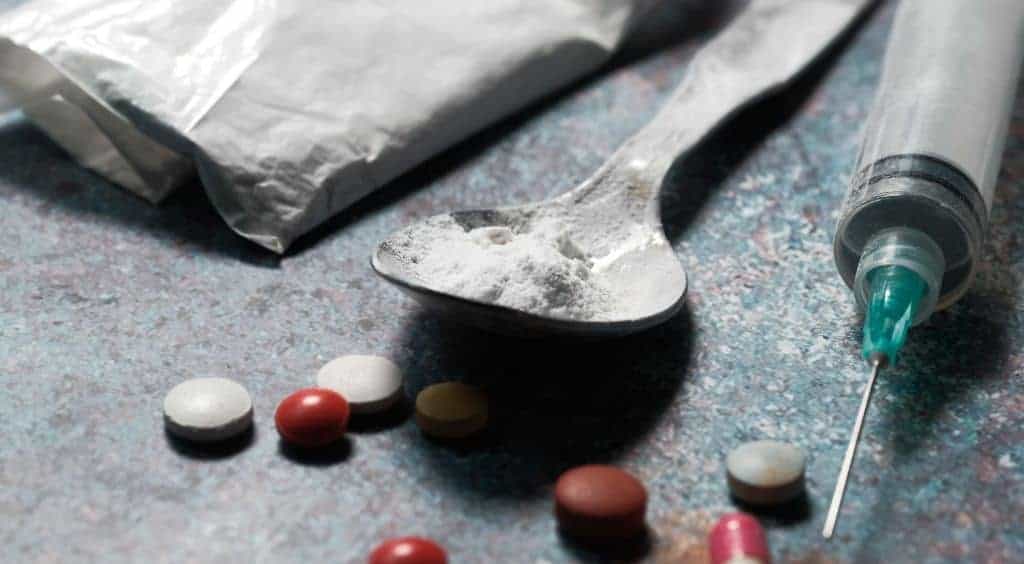 Addiction is a complex disease characterized by compulsive, uncontrolled drug or alcohol abuse. Anyone can be affected by addiction, and you can get addicted to any mood-or-mind-altering substance. However, some drugs are considered more addictive than others. In this article, we’ll examine the most addictive substances and how to know when it is time to get help. 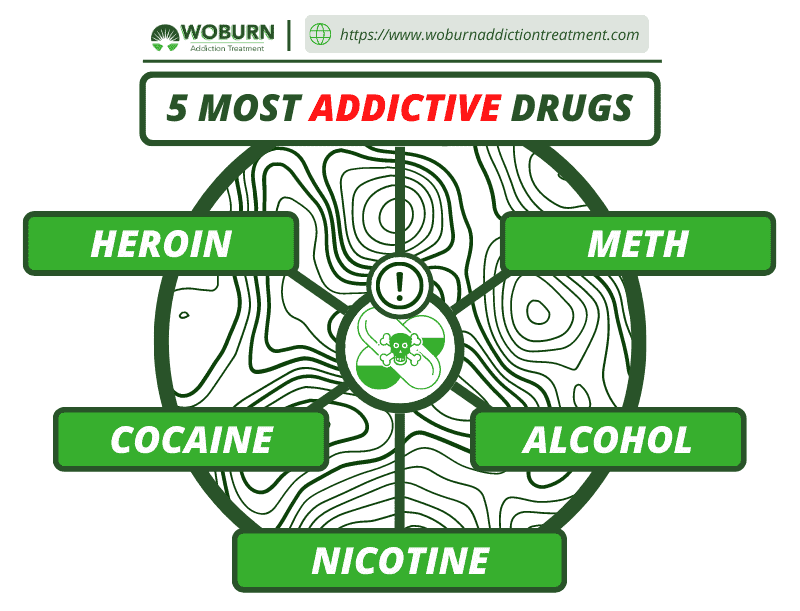 Heroin is the fastest-acting and most abused illicit opioid. According to the National Institute on Drug Abuse (NIDA), an estimated 691,000 people ages 12 or older were addicted to heroin in 2020.[1] Some people use heroin one time and become hooked because they are chasing the next high or “chasing the dragon.” Heroin is so addictive that it has contributed heavily to the ongoing opioid overdose crisis in the U.S., tragically taking the lives of more than 13,150 people in 2020 alone.

Meth, also known as crystal meth or “ice,” is another highly addictive drug. Meth is a stimulant that increases energy levels and activity in the central nervous system. Many people who abuse meth will binge on it, staying high for days at a time, and becoming addicted very quickly. Long-term meth abuse can lead to brain damage, psychosis, organ failure, and mental health issues. The NIDA reports that among people ages 12 and older in 2020, an estimated 1.5 million people were addicted to meth.[2]

Cocaine is another highly addictive stimulant drug. It produces effects that are similar to meth, but shorter lasting. Cocaine is often glamorized in media and party culture, so people often underestimate the addictive qualities of this drug. The truth is that cocaine is one of the most addictive drugs out there, and about 1.3 million people ages 12 or older were addicted to it in 2020.[3] 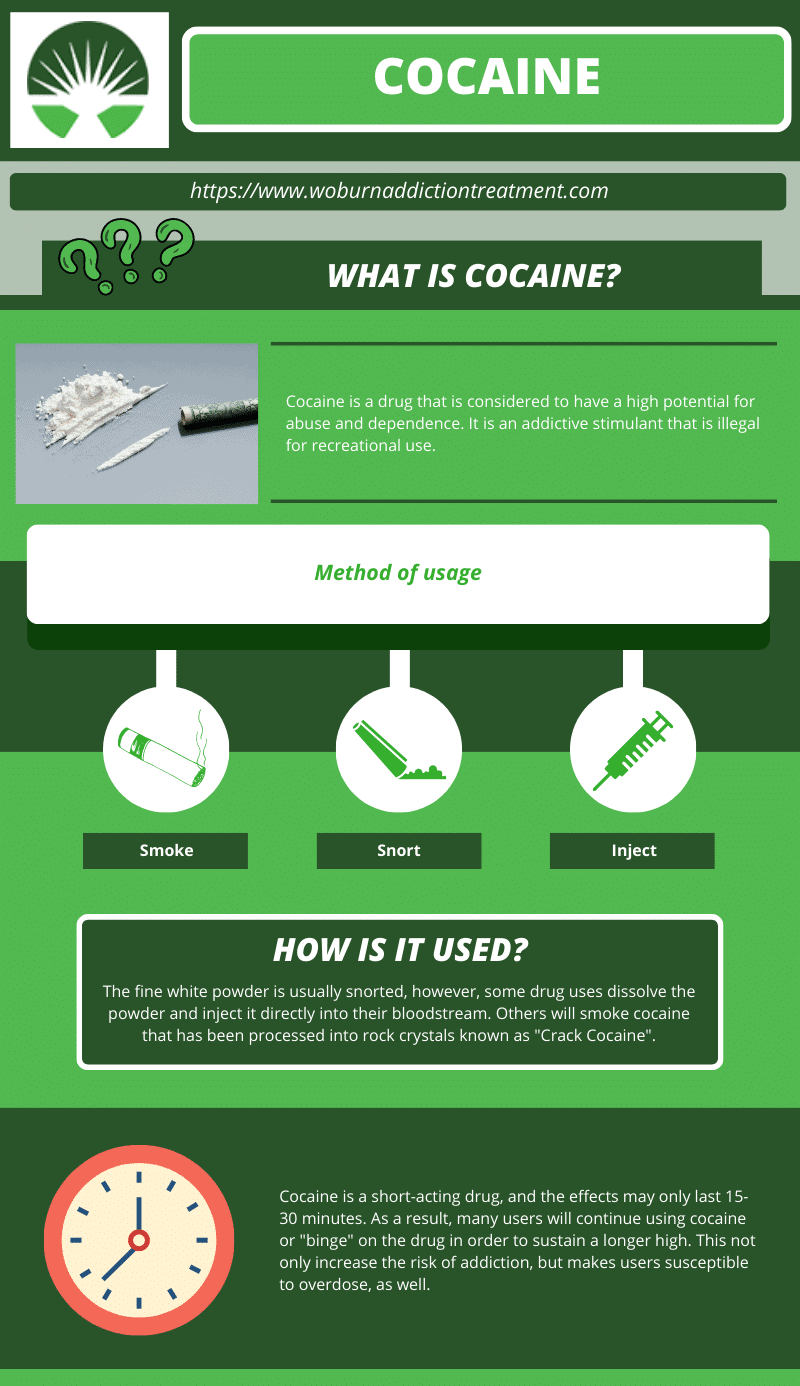 Alcohol is legal to purchase and consume in the U.S. if you are over 21 years old, but it is also considered one of the most addictive and dangerous substances. Because alcohol is so accepted in American culture, many people don’t realize they are drinking too much until they are already facing a drinking problem.

According to the 2019 National Survey on Drug Use and Health (NSDUH), 14.5 million people ages 12 and older had an alcohol use disorder. Moreover, an estimated 95,000 people die from alcohol-related causes annually, making alcohol one of the leading causes of health issues and death in the United States.[4]

When people think of drug addiction, they often think of drugs like meth and heroin. However, one of the most addictive drugs is nicotine–a chemical found in cigarettes and e-cigarettes. In 2020, an estimated 23.6 million people were addicted to nicotine.[5] Nicotine is not only highly addictive, but it is very harmful to your health and can increase the risk of several types of cancer. Nicotine is also considered one of the hardest drugs to quit.

Signs its Time to Get Addiction Help

Sometimes it can be difficult to know when it’s time to get treatment for addiction. Living with addiction can alter your judgment, and it often sends people into a state of denial, causing them to think their addiction really isn’t “that bad.” Others, such as those who are addicted to prescription drugs, may not think they need treatment because their medications were prescribed to them by a doctor.

So how do you know when it’s time to get help? If you relate with two or more of the following, it’s probably time to get professional help. Common signs of addiction include:

Not sure if you need addiction treatment? Speak with one of our qualified admissions counselors today for a confidential, risk-free assessment.

Whether it’s our Day Treatment Program, Intensive Outpatient Program, or Outpatient Services program, help with addiction is available at Woburn Wellness Addiction Treatment. Our multifaceted addiction treatment services are designed to help identify and diminish the compulsive obsession to use drugs and alcohol.

Each of our patients is provided with a personally-tailored treatment plan based on their needs. Learn more about our numerous levels of care and call us today so that we can figure out the best plan for you.