Can You Get Alcoholism Counseling Between the Ages of 18 and 21?

Underage drinking – that is, drinking while under the age of 21 – is a serious problem in the United States that affects millions of people. It is estimated that people between the ages of 12 and 20 drink 11 percent of all of the alcohol consumed in the country, and drinking at these ages is responsible for over 4,000 deaths every year.

One could argue that some of these issues stem from youthful indiscretion, that they are the result of young people engaging in risky behaviors that they don’t entirely understand due to their young age, but a person can become an alcoholic even when they aren’t old enough to drink. Like anyone else, they often require addiction treatment if they are to become sober. The problem with this is that drinking while under the age of 21 is illegal in the United States. You can say what you will about an older adult with a drinking problem, but at least for them the act of consuming alcohol isn’t a crime. Someone drinking before they turn 21 is, and that can make those between the ages of 18 and 21 reluctant to seek treatment.

The good news is that you can undergo alcohol counseling between the ages of 18 and 21. You can even undergo counseling when you’re under 18, although you would be a minor and most likely be in the care of a parent or legal guardian. You won’t undergo any punishments for consuming an illegal substance anymore than you would if you had checked in to a rehab center for an addiction to heroin or another illicit substance. The important thing is that you are seeking treatment, not that you have broken the law. 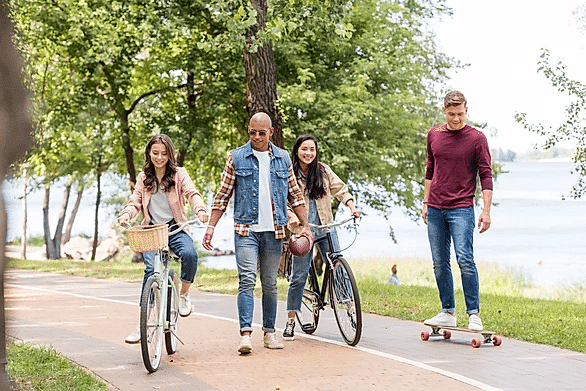 Even though someone under the age of 21 can become addicted to alcohol, alcoholism presents itself a bit differently in young people. First of all, a young person is still developing physically and mentally, and that development may be affected depending on how much alcohol they’ve consumed. This is especially true for those between the ages of 12 and 18 who are still going through puberty, but some studies have suggested that people haven’t fully matured until the reach the age of 25. That would mean that heavy drinking at the age of 18 or even at 21 could still be detrimental to one’s cognitive development. A treatment program for underage drinking needs to address that.

Someone who enters into an alcohol treatment program under the age of 21 can expect to first undergo detox and withdrawal from alcohol. This often requires inpatient treatment, but outpatient treatment may be available depending on your situation and your treatment center. This is physically the most difficult part for many people since alcohol withdrawal can be harrowing and even dangerous. You can expect symptoms such as nausea, shakiness, headaches, an irregular heartbeat, anxiety, depression, and mood swings, to name a few. Depending on how old you were when you started drinking, these symptoms might be worse than what an older adult might experience. You may even need medical assistance to get through it if it is particularly severe.

Once you’ve detoxed and are technically over the physical addiction, your next step is to undergo cognitive therapy. Alcoholism almost never occurs in a vacuum; there are usually underlying causes that drive a person to start drinking. These can be anything from mental illness to problems in the home. This may be one case where your age might work in your favor since it’s easier to treat one’s mental health issues when they are younger. You might also be expected to undergo family therapy if your problems stem from the home. This is especially the case for younger people. In any case, these therapy sessions can help you understand that you are not alone in your struggle. You do have loved ones who will help you, even if it doesn’t always feel that way.

Don’t Be Afraid to Seek Help

No matter how old you may be, you should never be afraid to seek treatment for a drinking problem. Alcoholism can affect people at any age, even if it does present in slightly different ways in younger people. If you believe that you may have a problem with alcohol or you know someone who does, contact our treatment center today. Our staff is available to talk 24 hours a day, and they will be happy to answer all of your questions.