What Medications Can Help Me Cope With Heroin Withdrawal? 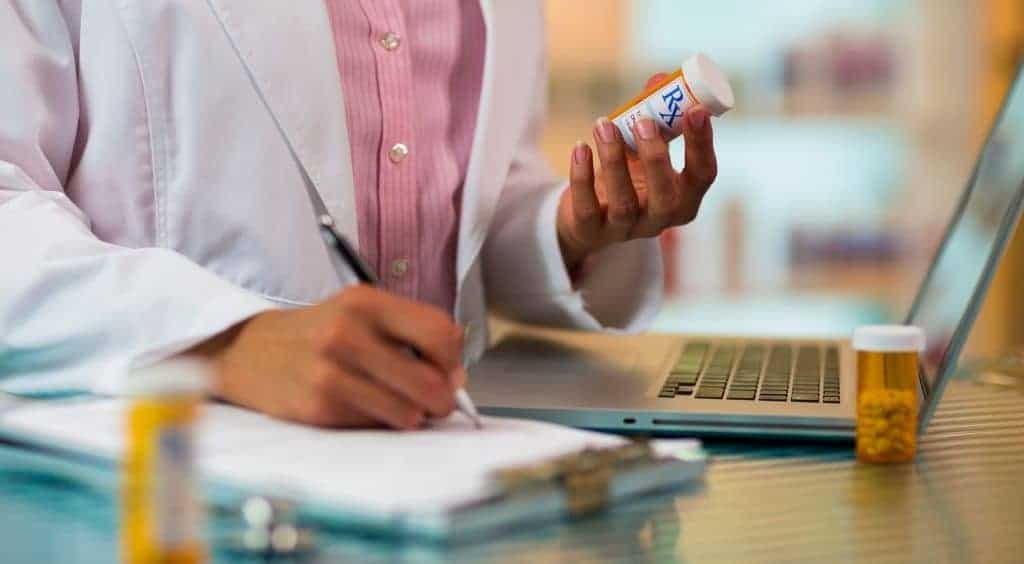 Heroin addiction is a chronic and progressive disease that affects many Americans. According to the National Institute on Drug Abuse, “Among people aged 12 or older in 2020, 0.3% (or about 902,000 people) reported using heroin in the past 12 months.”[1]

If you struggle with heroin addiction, you might be familiar with the withdrawal symptoms that occur when you stop using the drug. This occurs because your body is accustomed to the presence of heroin in your system, which is otherwise known as physical dependency.

The symptoms of heroin addiction can be painful and difficult to deal with. Because of this, attempting to detox at home might cause you to relapse in hopes of soothing the symptoms of withdrawal. Medical detox programs can provide you with medications to help you cope with heroin withdrawal.

What are the Symptoms of Heroin Withdrawal?

Heroin withdrawal is uncomfortable, painful, and sometimes life-threatening. It causes physical and psychological symptoms that can cause you to develop uncontrollable cravings for heroin.

The symptoms of heroin withdrawal include:

Which Medications Can Help You Cope With Heroin Withdrawal Symptoms?

If you attend a medical detox program for heroin addiction, you will be provided with medications to help you cope with your symptoms and limit the cravings you experience. Some of these medications are partial or full opioid agonists, which allow them to trick your brain into thinking it’s received the heroin it craves. This is why these medications are able to alleviate symptoms of withdrawal and prevent cravings during detox. 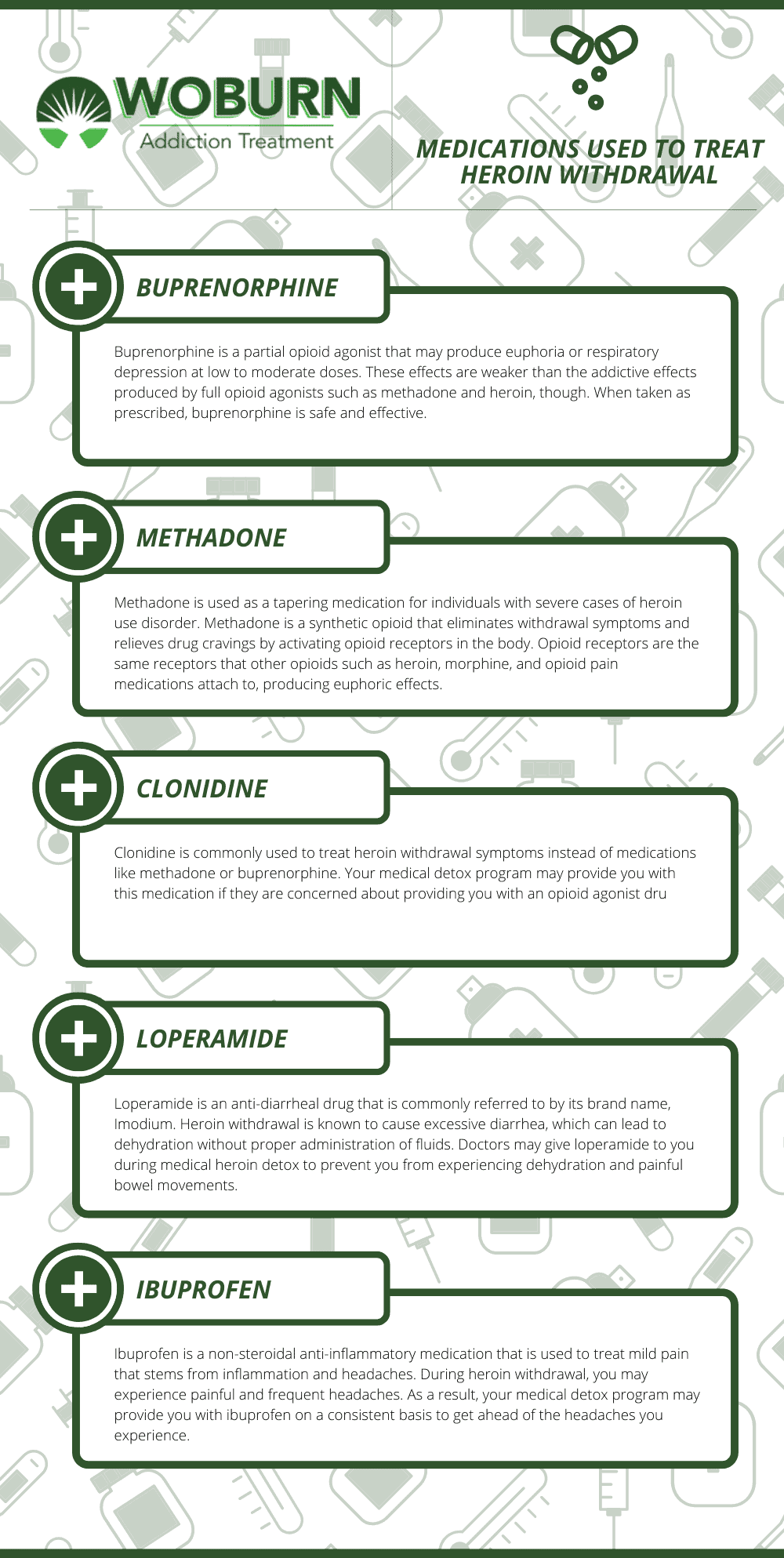 The first medication you can use to cope with heroin withdrawal is known as buprenorphine.

Methadone is used as a tapering medication for individuals with severe cases of heroin use disorder. Methadone is a synthetic opioid that eliminates withdrawal symptoms and relieves drug cravings by activating opioid receptors in the body. Opioid receptors are the same receptors that other opioids such as heroin, morphine, and opioid pain medications attach to, producing euphoric effects.[3]

Unlike buprenorphine, methadone fully activates opioid receptors, providing you with an effect similar to heroin but less potent and medically safer. This is a good option if you struggle from severe symptoms of withdrawal, however, it is possible to abuse methadone. Because of this, it is only accessible within a licensed medical detox program.

Clonidine is commonly used to treat heroin withdrawal symptoms instead of medications like methadone or buprenorphine. Your medical detox program may provide you with this medication if they are concerned about providing you with an opioid agonist drug.

According to the National Library of Medicine, “use of clonidine hydrochloride in detoxification from opiates has demonstrated that this substance can rapidly suppress the signs and symptoms associated with opiate withdrawal. Clonidine hydrochloride, an alpha-adrenergic agonist, is a non-opiate substance.”[4]

Loperamide is an anti-diarrheal drug that is commonly referred to by its brand name, Imodium. Heroin withdrawal is known to cause excessive diarrhea, which can lead to dehydration without proper administration of fluids. Doctors may give loperamide to you during medical heroin detox to prevent you from experiencing dehydration and painful bowel movements.

Ibuprofen is a non-steroidal anti-inflammatory medication that is used to treat mild pain that stems from inflammation and headaches. During heroin withdrawal, you may experience painful and frequent headaches. As a result, your medical detox program may provide you with ibuprofen on a consistent basis to get ahead of the headaches you experience.

Heroin addiction is a serious condition that can significantly impact an individual’s life. One of the most concerning risks of heroin abuse is the propensity for people to experience fatal overdoses. Due to these risks, if you or a loved one suffer from heroin use disorder you must attend a heroin detox program.

At Woburn Wellness Addiction Treatment, we offer our patients a continuum of care that includes connecting them with a medical detox center and providing them with ongoing care after inpatient treatment. If you are ready to begin a new way of life, contact us today.