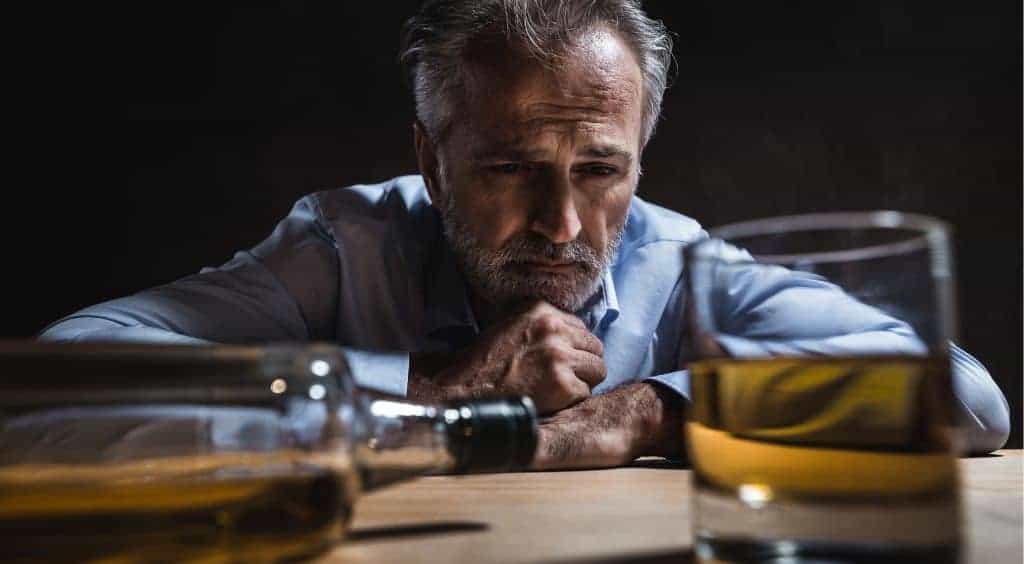 You may have an idea of what it is like to live with alcoholism. The media or our own experiences can shape the image of alcoholism. Most portrayals of alcohol addiction involve secretive drinking, hitting rock bottom, or accidents. Because of our exposure to these images, you might have a picture of alcoholism that differs from a person’s real-life experience of addiction.

End-stage alcoholism is a life-threatening condition that almost always requires medical care and treatment to overcome. Recognizing the behaviors exhibited during each progressive stage of alcoholism might mean that you can identify and address the condition more quickly.

If you or someone you love requires outpatient alcoholism treatment, reach out to the caring specialists at Woburn Addiction Treatment.

What is End-Stage Alcoholism?

People who are in the end stage of alcoholism cannot control their drinking and are usually unable to stop drinking without professional treatment and medical support.

The Progression Toward End-Stage Alcoholism

Without treatment during the early stages of alcoholism, the condition is likely to progress toward end-stage alcoholism, which can be fatal.  Like many conditions, getting early support and treatment can prevent the problem from growing and help you avoid serious consequences. It is essential to recognize the symptoms of each stage of alcoholism and seek treatment as early as possible.

People with early-stage alcoholism may drink more frequently or in larger quantities than before. They may engage in binge drinking–meaning consuming a lot of alcohol in a short period. People may also use alcohol to ease feelings of anger, sadness, or boredom.

Cravings and tolerance indicate that someone is living with middle-stage alcoholism. They may feel urges to drink often or notice that they need more alcohol to get the desired effects. Some people in the middle stage experience withdrawal symptoms if they stop drinking or drink less than usual. They may experience nausea, anxiety, tremors, sweating, and elevated heart rate. To avoid having these symptoms, people may begin to drink more.

People with late-stage alcoholism may exhibit the symptoms of addiction. These include:

In addition to these behavioral changes, people may also have significant changes in their mood, sleep, or appetite. Without treatment, their alcoholism could become life-threatening.

During this stage, the person has no control over any aspect of their life and may suffer extreme, irreparable damage to their physical, emotional, and social health. Withdrawal from alcohol could be excruciatingly uncomfortable or dangerous.

The Dangers of End-Stage Alcoholism

The damage that occurs during end-stage alcoholism can be severe and long-lasting. People in the end-stage of alcoholism are at extreme risk to their own safety and the well-being of others. Without getting immediate treatment, people with end-stage alcoholism have a high risk of death from overdose, suicide, or another health condition related to their alcoholism.

People with end-stage alcoholism often suffer from anxiety and depression and are at a higher risk of suicide and self-harm. People often experience brain damage due to years of drinking and can suffer from poor memory or difficulty with concentration for the rest of their lives.

End-stage alcoholism can significantly increase people’s risk of heart disease, liver damage, and certain cancers. Withdrawal from alcohol at this stage of alcoholism can be life-threatening. People who engage in risky behaviors while drinking are more likely to be injured or die in an accident.

End-stage alcoholism makes it impossible to function well at work, school, or in relationships. People often suffer significant social consequences, relationships strain, and cannot work or contribute to their families or communities. Many people also face legal or financial trouble that can follow them for years.

Getting treatment before reaching this severe stage is the only sure way to avoid these consequences.

How Do People Recover From End-Stage Alcoholism?

It is possible to recover from end-stage alcoholism. Recovering from alcoholism in this stage is much more complex than recovering from other stages of alcoholism. It requires a strong commitment, significant support, and professional treatment.

Medically-supervised detox must be the first step of treatment for end-stage alcoholism because of the dangers of withdrawal at this stage. After a complete detox, the person must complete an alcohol rehab program that can give them the skills to live life without drinking. Treatment usually involves:

Addiction is a lifelong condition that people must manage. If you recognize any signs of alcoholism in your life or have concerns about a loved one, it is crucial to explore addiction treatment as soon as possible.

Our alcohol rehab program in Woburn, MA combines proven therapeutic methods of healing with effective holistic modalities, making for integrated and highly individualized care that cannot be found anywhere else in the area. If you or someone you love requires treatment for alcoholism, reach out to the Woburn Wellness Addiction Treatment specialists today.