What are the Long-Term Effects of Heroin Abuse and How Can a Rehab Center Help? 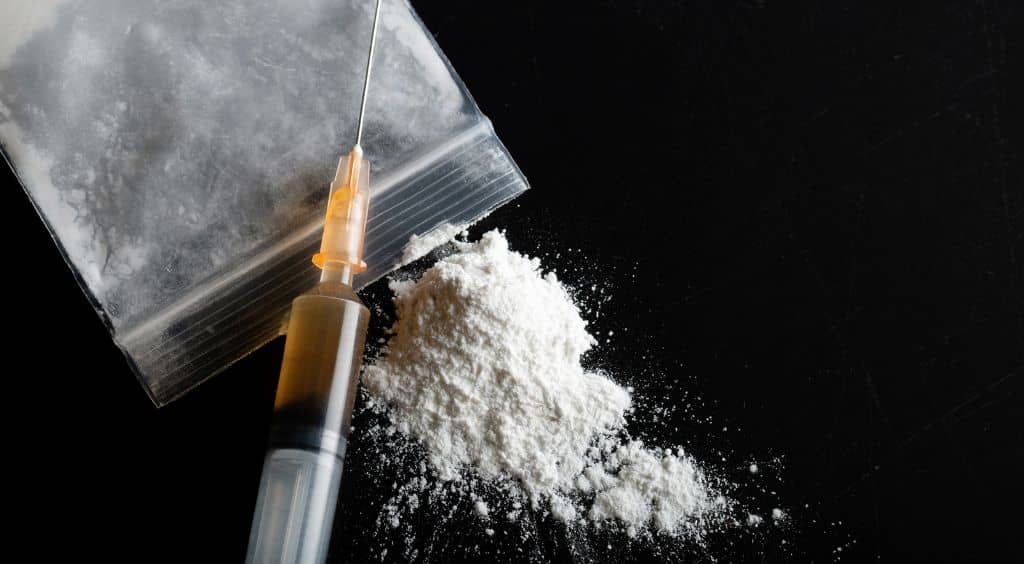 Heroin is an extremely powerful substance that can quickly cause you to become addicted. This drug is an illicit opioid, meaning it has no medicinal use and can only be found on the street. According to the National Institute on Drug Abuse, “Among people aged 12 or older in 2020, 0.3% (or about 902,000 people) reported using heroin in the past 12 months.”[1]

Abusing heroin has always been dangerous, but today, it is more dangerous than ever. More often than not, heroin is adulterated with a dangerous synthetic opioid known as fentanyl. Fentanyl is nearly 50 times stronger than heroin. Because of how much fentanyl is found in heroin today, you are at an extremely high risk of suffering from an overdose if you use heroin.

In addition to the short-term dangers of abusing heroin, there are also long-term effects that you should be aware of. Heroin abuse can change the way you think, feel, and behave. It can even put you at an increased risk for certain health conditions.

The best way to prevent the long-term effects of heroin is to seek professional help. A heroin rehab center can help you stop your heroin use, improve your physical and mental health, and repair some of the damage done by your substance abuse.

What are the Immediate Effects of Heroin?

Heroin is a powerful substance that creates a strong sense of euphoria, causing people to become addicted after only one or two uses. The high associated with heroin is often described as an overwhelming sense of well-being and an inability to feel pain.

The National Institute on Drug Abuse (NIDA) explains that heroin works quickly by binding to opioid receptors in your brain, causing the rush of euphoria we discussed. Other immediate effects of heroin include:[2]

While one hit of heroin usually does not cause addiction, it is potent enough to take your life. To explain, it is possible to experience a life-threatening heroin overdose after only one hit of the drug. This becomes even more likely if the heroin you are using has been cut with drugs like fentanyl.

The Long-Term Effects of Heroin on the Body

Long-term heroin abuse always results in chemical dependency, otherwise known as addiction. However, there are other long-term consequences of heroin abuse that you should be aware of.

Potential long-term effects of heroin abuse on your body include:

IV heroin users will develop marks on their skin that are often referred to as track marks. Intravenously injecting heroin can lead to infections, abscesses, collapsed veins, and diseases like HIV/AIDS if you share needles with other users.[3]

The Long-Term Effects of Heroin on the Brain

Heroin is a highly addictive substance that binds to opioid receptors in the brain, causing the release of a chemical called dopamine. Dopamine is the chemical in your brain that is responsible for feelings of happiness. When you are frequently using heroin and experiencing a rush of dopamine, your brain begins to associate the drug with happiness.

Repeated exposure to heroin changes the structure and physiology of your brain over time. For example, long-term heroin abuse can cause major hormonal and emotional changes that are not easily reversed.

According to the National Institute on Drug Abuse, “Studies have shown some deterioration of the brain’s white matter due to heroin use, which may affect decision-making abilities, the ability to regulate behavior, and responses to stressful situations.”[4]

Because your brain grows accustomed to the presence of heroin after long-term use, stopping the consumption of this drug can lead to the development of withdrawal symptoms. When heroin is no longer present in your system after a period of dependency, the brain feels as if it’s lost a chemical that is necessary for functioning, causing an array of uncomfortable and painful symptoms as the brain attempts to recalibrate.

In addition to symptoms of withdrawal, long-term heroin abuse increases the risk of depression and other psychiatric health issues. It may also reduce cognitive function and impair one’s ability to recall memories and make healthy decisions.

Does Stopping Heroin Use Reverse the Effects?

While some people assume that the effects of heroin abuse can be reversed simply by stopping the use of the drug, it isn’t that simple. You must attend a medical detox program followed by addiction treatment to successfully recover from heroin addiction and the long-term effects of drug abuse. Heroin detox and treatment can provide you with the medical treatments, support, and coping mechanisms you need to make a full recovery.

Additionally, the ability to fully recover from the effects of heroin depends on a variety of factors, which include:

If you had been using high doses of heroin and experienced bouts of hypoxia (low levels of oxygen), you may have experienced a degree of brain damage that cannot be reversed. Also, regular and long-term use of heroin can lead to permanent damage to the opioid system of your brain, causing the development of depression and lasting cravings for the drug.

Thankfully, an opioid rehab center can help you learn to manage any long-term effects of your substance abuse that are irreversible. For example, therapy and medications can help you cope with depression and cravings that have been caused by long-term heroin abuse.

Getting Help for Heroin Abuse

Heroin addiction can be difficult to overcome, especially if you have been using the substance for a long time. However, recovery is possible with the help of a professional drug and alcohol rehab center. These programs can provide you with the medical treatment, support, and therapy you need to overcome the long-term effects of heroin abuse.